The Pattishall law firm began in a thunderstorm. The decisive moment came in 1898, when Edward S. Rogers, a third year at the University of Michigan law school, ducked into a classroom to get out of the downpour. At the lectern was Frank F. Reed, the leading trademark and copyright lawyer from Chicago. But let William T. Woodson, later a name partner, tell the story:

The young Mr. Rogers became so interested in the lecture, which was on the law of trademarks and unfair competition, that he not only stayed to the finish, but also attended the remaining lectures. When he graduated that spring he called upon Mr. Reed in his Chicago office. He told me that the conversation went about as follows:

Mr. Rogers: “Mr. Reed, I am Edward S. Rogers. I have just graduated from the University of Michigan Law School. I attended your lectures last spring on trademarks and unfair competition. I was tremendously interested in them. I know that I would like that branch of the law and want to go to work for you.

Mr. Reed: “All right young man, hang up your coat and hat and go to work.”

By 1900, the firm of Reed and Rogers became the nation’s leading law firm on the laws of unfair competition, trademarks and copyright, tracing its origins to Reed’s pioneering role in 1883. Rogers was a dynamo. His legal writing caught the attention of Henry Wigmore, the legendary scholar and Dean of Northwestern Law School. In 1911 Wigmore praised Roger’s scholarly writing as “fine work, real history, and as good as a novel . . . What I want to say is that your learning and capacity for writing a law book which is both sound and entertaining ought not to be buried in the oblivion of the monthly periodicals.”

Rogers took up this challenge and in 1914 published “Good Will, Trade-Marks and Unfair Trading”, which became for many decades the leading book in its field. Wigmore also advised Rogers that “you ought to make an impress on the law other than the decisions which you have as counsel secured . . .” This goal inspired Rogers and has since been a sustaining force of our law firm.

By the 1920’s, Rogers had become known as the “Dean of the Trademark Bar.” He tried many of the leading cases of his day for such companies as Miles Laboratories, Pabst Brewing Company, Quaker Oats Company, Sunkist and Swift and Company. He began drafting a new Federal trademark law which, following World War II, was enacted as the Lanham Act. That statute remains the core of trademark and unfair competition law in the United States to this day. In 1930, he received an Honorary LLD from the University of Michigan.

It was characteristic of Rogers that in 1917-18, he volunteered for the War effort by joining the “Patent, Trademark and Copyright Board” of the Federal Trade Commission in Washington, D.C., to enforce the “Trading With the Enemy Act.” Later, at the outbreak of World War II, Rogers’ experience in 1917-18 led to his being appointed Chairman of Sterling Drug, Inc., a leading U.S. pharmaceutical company formerly under German ownership.

At the end of World War II, Rogers offered his resignation as Chairman of Sterling Drug, but as Mr. Woodson recalled:

“The Board asked him to stay, stating that he could go back to Chicago and still remain Chairman of the Board; that he could come to Board meetings only as frequently as he deemed necessary. Mr. Rogers said that would be all right but of course his salary would be reduced. The Board said no, your salary will remain the same. Mr. Rogers replied – ‘If I am going to be paid for doing a full time job, I am going to do a full time job.'”

He added, however, that he would practice law after hours, and enjoyed working with his Chicago colleagues for several years to come.

New Leadership And An International Vision

In the 1950’s, 60’s and 70’s, the firm’s reputation as the leading trial firm in its field increased and expanded internationally. Beverly Pattishall and Jeremiah McAuliffe, former officers in the United States Navy, joined the firm and, a decade later, were joined by Robert Newbury, another Navy veteran. The credo of the firm remained to strive to “make an impress on the law.” This was done through leadership in intellectual property law as trial lawyers, and through scholarship and teaching. 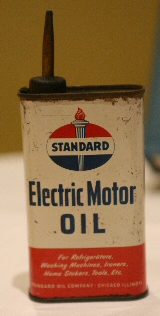 Beverly Pattishall was a prodigious litigator, handling major Standard Electric Motor Oil trials and appeals for Standard Oil, Sunbeam and the Scotch Whiskey Association, among many others. He also founded the John Marshall LLM program and remains one of the most influential authors on trademark law in the last fifty years.

Jeremiah McAuliffe travelled the world in the 1950’s and 60’s to develop relationships with foreign law firms. These relationships proved essential for Jerry’s worldwide 7Up v. 8Upbrand protection program for Seven Up in the 1960’s, and remain the backbone of our international practice to this day. Beverly also helped build the firm’s international practice and served as a U.S. Government Delegate to Diplomatic Conferences on the International Trademark Registration Treaty, the Geneva Conference on Industrial Property and Consumer Protection, and the Diplomatic Conference on the revision of the Paris Convention in the 1970’s and 80’s.

During our history, members of the firm have appeared in trial and appellate courts on behalf of our clients in nearly every federal jurisdiction, including the U.S. Supreme Court, and with local counsel in many foreign jurisdictions. Three firm members have become Fellows in the American College of Trial Lawyers. As a result, we have been recognized by our peers in the profession as one of the leading firms in the country for trademark litigation. In 2011, the College awarded the firm a special award for “Representing the College with Honor and Distinction” in litigation.

The firm appointed its first woman partner Helen Nies, in 1965. Helen later became Chief Judge of the United States Court of Appeals for the Federal Circuit in the 1980’s. For many years, she was the highest ranking woman jurist in America, second only to Supreme Court Justice Sandra Day O’Connor.

Mergers and acquisitions have long been an important area of expertise. The RJR Nabisco acquisition was an example of the firm’s important skills in evaluating intellectual property assets. Trademarks are enormously valuable. Over the years that realization alerted other business lawyers to the fact that brands were valuable corporate assets, and worth the expense to protect.

The Years of Growth

In recent years, especially with the growth of the Internet and e-commerce, trademarks, copyrights, advertising and unfair competition law have enjoyed a Golden Era. Trademark and unfair competition law is one of the top two areas of law for graduating law students. There has been major new legislation along with new or amended international treaties, the modernization of trademark law around the world and, for the past dozen years, a string of major U.S. Supreme Court opinions in the field.

The firm tripled in size, and through a strong diversity program, women and minorities now constitute over 40 percent of the firm’s lawyers. Throughout, the firm’s practice, scholarship and teaching have continuously been on the cutting edge of these developments.

Ford Motor Company counterfeit hubcapcounterfeiters and copyright infringers for Ford Motor Company, successfully launched over 60 gray market cases for PepsiCo, mediated the $750 million Terra Museum litigation and has been an expert witness in many high profile cases. Raymond Geraldson won important cases for Bayer Corporation, Robert Bosch LLC and many others. A new generation of firm lawyers is already challenging this record with many victories of their own.

But the firm doesn’t just litigate cases – we also decide them and help facilitate their resolution. Members of the firm were among the first to become mediators and arbitrators in intellectual property disputes. Firm members have also been leaders for many years in representing clients in mediations and arbitrations throughout the United States and abroad.

In recent years, Robert Sacoff also served as a Private Sector Advisor to the U.S. Delegation to the Trademark Law Treaty Diplomatic Conference in Geneva, Switzerland. Bob also has testified repeatedly before Congress on important intellectual property legislation as Chairman of the American Bar Association Section of Intellectual Property Law. In addition, Jonathan Jennings helped draft the Illinois Right of Publicity Act and testified before the Illinois legislature to gain its enactment, and Joe Welch and Jonathan helped reform the Trademark Dilution Revision Act. Jonathan worked on new rules for the Trademark Trial and Appeal Board and was again pressed into service with the Illinois legislature in support of the Right of Publicity Act.

The firm is actively involved in domain name and Internet governance issues, helping brand owners, as well as domain name registrars, registries and registrants, in disputes, transactions and policy matters.

In the late 1960’s and 70’s, Beverly Pattishall and David Hilliard began teaching Trademarks and Unfair Competition Law at Northwestern University School of Law. This course continued with the addition of Joe Welch, Thad Chaloemtiarana and Janet Marvel and is now taught by Jonathan Jennings. In 1998, the University of Chicago Law School offered David a position teaching Advanced Trademark Law which he 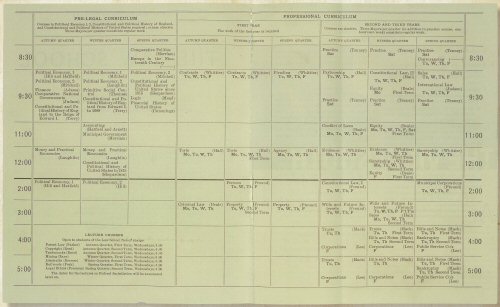 accepted in honor of Frank Reed, the firm’s founder, who taught courses on trademarks and copyrights on the first faculty at Chicago in 1903. This course continues to the present, and David was soon joined by Uli Widmaier, teaching both Advanced Trademarks and Unfair Competition, and The First Amendment and the Media. In addition, for twenty years, David Hilliard chaired the Northwestern Law School Symposium on “Intellectual Property and the Corporate Client,” that attracted Federal judges and legal experts from across the United States and abroad whose opinions were on the cutting edge of the law.

The firm’s first book since Rogers’ book in 1914 was Beverly Pattishall and David Hilliard’s textbook in 1974 on “Trademarks, Trade Identity and Unfair Trade Practices.”

Trademarks, Trade Identity and Unfair Trade PracticesTrademarks and Unfair CompetitionIt was the first law school textbook devoted entirely to trademark and unfair competition law. Over the years this work was revised and updated with Joe Welch and later, Uli Widmaier, as co-authors. By 2016, the Eleventh Edition of Hilliard, Welch and Widmaier’s, “Trademarks and Unfair Competition” was in use in over 50 law schools nationally. It was cited and quoted by the United States Supreme Court in Moseley v. Victoria’s Secret Catalogue (in an opinion by Justice Stevens), a significant honor for a work intended for law students.

In 2001, David and Joe and subsequently Janet Marvel also launced a single volume treatise, entitled “Trademarks and Unfair Competition.” This treatise is widely used by practitioners and has been the text for the Federal Judiciary Intellectual Property Seminars attended by federal judges and their law clerks from around the country. The eighth edition will be launched by Lexis Nexis in 2017 at the International Trademark Association meeting in Barcelona, Spain.

The task before our firm is to continue to build on this great tradition. To evolve and become home to the best and brightest young lawyers. To make an impress on the law by serving our clients and our profession through ideas and diligent effort. Already, new cases have begun, new courses are set to be taught and scholarly writing undertaken that is “fine work, real history. . . and both sound and entertaining.” These are the rich rewards of our legal career.