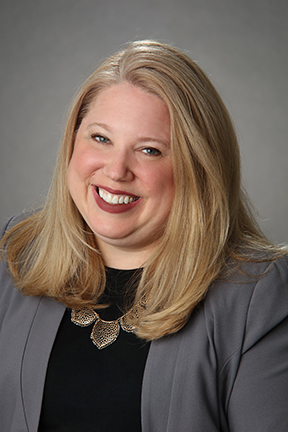 Ashly Iacullo Boesche is a Partner at Pattishall McAuliffe with extensive trademark, copyright, and domain name experience. Before becoming an attorney at Pattishall, Ashly worked for many years as a law clerk and litigation specialist, providing her with invaluable hands-on experience in all aspects of the firm’s practice.

Ashly has dealt with a variety of issues in non-patent intellectual property law. She enjoys collaborating directly with clients to problem-solve and form efficient and cost effective strategies in protecting clients’ rights. She immerses herself in her clients’ businesses and enjoys working on projects at various stages.

While Ashly handles all facets of non-patent intellectual property law, she litigates in federal courts across the country and before the Trademark Trial and Appeal Board. She has handled cases involving trademark and trade dress infringement, false advertising, counterfeiting, copyright infringement, and misappropriation of trade secrets. Ashly has extensive experience with discovery of electronically stored information and has been recognized by Illinois Super Lawyers as a “Top Rated E-Discovery Lawyer.”

Ashly is an Adjunct Professor at Chicago-Kent College of Law, teaching a course on trademarks and unfair competition. She also serves as the Chicago-Kent team coach for students competing in the International Trademark Association’s annual Saul Lefkowitz Moot Court Competition. Ashly successfully led the 2018 team to a first place victory at the National championship. In addition, her team won best oral argument and second place for their brief. No other team placed in all three categories. Ashly has taken Team Chicago-Kent to the National Finals four times in her five years of coaching. For her contributions to Chicago-Kent’s Intellectual Property program, in Spring 2016, the Chicago-Kent College of Law Intellectual Property Law Society awarded Ashly its “2016 Distinguished Alumna Award.”

Ashly has received a number of other honors and professional awards. Ashly is particularly honored to have received the 2010 David C. Hilliard Award for Outstanding Committee Chair of the Young Lawyers Section of the Chicago Bar Association. In 2011, Ashly was invited to attend the American College of Trial Lawyers’ annual meeting in La Quinta, California, at which the Pattishall firm was honored “for representing the College with Honor and Distinction”; Ashly had served as lead counsel for the College in an important domain name case. Ashly was recognized in 2010, 2012 and 2014-2017 as an Illinois “Rising Star” by Illinois Super Lawyers Magazine.

In law school, Ashly served as Editor-in-Chief for the journal of Intellectual Property, and received the 2005 Bar and Gavel Award, which honors graduating students who have given outstanding service to the law school, the community and the law profession. She also won the 2003 CALI Award for Excellence in Trial Advocacy.